The small matter of the rest of their lives… 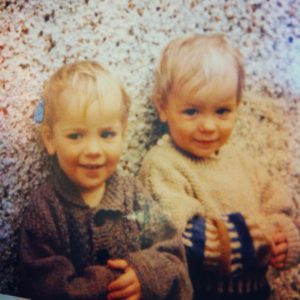 Well, that’s the prelims over, and the real exams are hurtling toward us, and after that – that’s IT. The future. It’s what people mean when they casually ask, ‘So what do your kids want to do?’
Er, what do they want to do? What most teenagers do, I suppose. Hang out with friends, scoff gargantuan amounts of food and then, when the kitchen’s been cleaned, ask if there’s anything at all in the house to eat. They want to watch movies. Lie in. Poke at their phones and channel hop, while we wait, patiently, to watch our own box set. Isn’t that what being a teenager is all about?

Only, that’s not what they mean at all.
When people ask, ‘What do they want to do?’, they’re actually saying, ‘So, what kind of futures are they mapping out for themselves?’ And I always want to reply, ‘D’you think anyone actually talks to me?’ Instead, I usually mutter a few things they’ve mentioned, casually and in passing – but it’s never enough. And so the enquirer turns to my kids, and no one says much and it’s all horribly awkward. Things were much simpler when they were little, and they’d say, ‘I want to be a pirate/astronaut’ and look all excited and happy. Everyone was satisfied with an answer like that.

I remember this stage of my own life. At 17 years old, for want of something to say, I’d blab that I wanted to be an illustrator. Then, when I failed to get into art college, everyone had to act all sorry and suggest alternative careers. To cheer me up, Mum suggested I apply for a job as a cleaner at a hospital. I don’t know which department I wandered into in my shy and nervous state, but it was clearly the wrong one as, instead of being interviewed, I was handed a small kidney-shaped bowl and asked to go into a cubicle and wee in it.

‘Well,’ I thought, ‘if I’m going to be working with sick people, maybe they need to check I don’t have any diseases.’ I sat there and tried and tried to wee – nothing. Not  a drop. What a failure I was, being turned down for art school and now, to top it all, I couldn’t even pee in a bowl.

I think teenagers tend to be surer about what they don’t want to do.
Eg, like having to wear a suit and tie and trot off to an office every day. Because no sets out wanting to do that, do they? No one, at 16 years old, announces, ‘I can see myself working for Standard Life.’ There’s nothing wrong with such a career choice, of course – it’s just, they tend to imagine rather more, um, exciting prospects for themselves. Working in call centres, or for insurance companies and banks, is for parents – ie, ancient people. ‘It nearly killed me,’ my friend’s son announced, somewhat over-dramatically, after completing five days’ work experience at a solicitors’ firm.

Last summer, we had a family weekend in London.  As the five of us strolled along the South Bank, we happened to glance into a huge office block where people were beavering away. ‘Ugh,’ snorted one of my kids, ‘imagine doing that every day.’ I wanted to say, ‘D’you know what that place is? It’s IBM! Don’t you think that might be a pretty interesting company to work for?’ I managed not to, though, because I’d made a rule to stop harping on about jobs and prospects and futures.

Here are more things it’s best not to say to a teenager who may, or may not, be contemplating the path they wish to follow in life…