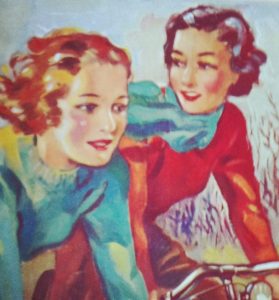 Long, long ago, when dinosaurs roamed the earth and I was a beauty editor on a teen magazine, I used to write stuff like this: ‘Winter is a cruel season. Icy weather makes our skin dry and flaky and….’
And give tips for the best acne moisturizer to use. Well, yes, you get the picture. But it happens to be true. We’re all prone to chapped lips and cracked hands, after all. It also happens to be the time of year when the ravaged bank account means we’re hardly in the market for a luxury moisturiser at £45 a pop. But that doesn’t matter because, having spent every winter since my early thirties literally slathering myself in every cream/oil imaginable, I’ve realised that the very cheapest products do a remarkably decent job.

Personally I despise that lizardy feeling, when skin goes all reptilian from around October onwards. And I’ll fight it to the death no matter how broke I am.

First up, I love a good body scrub in the shower. In The Thrift Book (Penguin), author India Knight recommends making a paste with olive oil and sugar (presumably granulated – I can’t imagine icing sugar having much effect) and rubbing yourself all over with that. I’ve tried this and it absolutely works. It also leaves the shower perilously slippy, so do sluice it out or at least warn the person getting in after you – unless they’ve recently annoyed you and you want to get them back.

Back in my teen magazine days I’d often recommend rubbing vigorously at your elbows with the inside of a scooped-out avocado skin. What was I on about? 16 year-old girls’ elbows aren’t scaly. They are peachy soft. Anyway, I should confess that I have never tried this in my life. Nor did I whip up face packs from mashed banana, fresh cream or oatmeal. I didn’t even see an avocado – apart from in pictures – until about 1986. But I’m a great believer in using an exfoliating product with some kind of skin-softening properties built in – especially on craggy areas like elbows, knees and feet. I always feel better after a good sanding down. The Espa range is fantastic, but possibly not for the broke days of January. Instead, my winter scrubs of choice come from Soap & Glory’s extensive range: Sugar Crush and Pulp Friction are favourites. The range is often on offer at 3 for 2 in Boots.

Incidentally, while some friends find S&G’s packaging too tacky and teenage for their liking, everything I’ve tried works brilliantly and I find their whole quirky thing immensely cheering on dark days. I like the fruity and burnt-sugary scents of their products, and I’d rather have a heap of their jaunty pink pots than one eye-wateringly expensive item from Space NK. Maybe I’m just the cheap and cheerful type.

Equally pleasurable is the slathering on of some kind of lotion, post your scrubbing endeavours. Heck, it’s winter, we’re indoors a lot – so we might as well feel silky soft. I’m currently alternating between Dr Hauschka Bodyoilie Citroen Lemongrass (not super-cheap: was a Christmas present) and the super-rich Righteous Butter (another Soap & Glory treat).

As for skincare, I’ve worked my way through enough ranges to come to the conclusion that it’s not about price, it’s about finding something that’s pleasant to use, leaves skin pleasingly soft and doesn’t cause a reaction. When my children were younger, and I could get away with presenting charity shop toys as new, I’d occasionally treat myself to something from Clarins or Clinique. Now, with school skiing trips and university looming, I’ve downscaled to Olay and Revlon moisturisers which do the job every bit as well.

As for hand cream: hugely important if you’re out in all weathers, maybe walking the dog. Again I’ve tried dozens. King of them all is the mighty Hemp Hand Protector (Body Shop) which thrilled my kids a few years back due to its drug reference. Note: while hand cream is pretty essential, I don’t go with the thinking that you need specialist creams for your neck, feet or whatever other areas might be resembling crepe paper. A decent rich body lotion isn’t fussy about the parts it treats.

So basically, while I’m not too pernickety these days – or especially brand loyal – I feel it’s important to treat ourselves during these wintry months when we don’t have a tan to help us along. I mean, no one might even see your feet for another 12 weeks, but it’s still a little depressing if they’re gnarly. At least, that’s what I tell myself when I head with my battered old credit card into Boots.

PS. Talking of dinosaurs, I just asked one of my sons why children love them so much. ‘They’re basically big lizards,’ he replied. ‘What’s not to like?’