I am on holiday and loving Emma Healey’s novel Elizabeth is Missing. I know I’m late to this, and that this debut novel has attracted huge praise, and I can see why. I have it in paperback at home but happened to find a well-thumbed copy on the well-stocked bookshelf in the little house we’re staying at in Deia, Majorca.

What a book! I have shied away from reading it as the protagonist, Maud, is an elderly lady with some form of dementia – like my mum. Too upsetting, I thought, but it’s not at all, due to Healey’s wonderful writing. 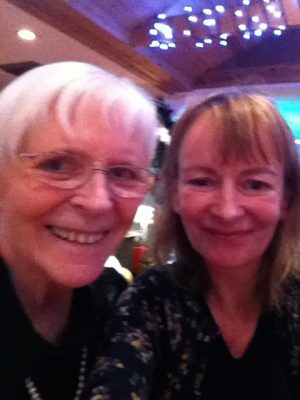 Somehow, she manages to channel the confused and meandering thoughts of a person for whom the world is becoming an increasingly frustrating place. She injects humour and writes with such credibility about why someone with such a condition might try to piece together snippets of rational thought and logic, aided by pockets stuffed with hand-written notes.

I’m seeing much of myself in Helen, Maud’s daughter, who is clearly at the end of her tether a lot of the time, particularly when her mother insists that her much-loved friend Elizabeth is missing, that something terrible must have happened to her, and that she herself has been burgled. My mother imagined numerous burglaries and, like Maud in the novel, visited the police station time and time again. She was insistent that silverware and her broken spectacles had been stolen. I am loathe to liken a person with dementia to a small child but I found myself trying to be patient, just as I had when one of my three children had refused to eat something I’d cooked, or to settle down to sleep at bedtime. I’d coax and cajole and, occasionally,  I’d lose it.

In Elizabeth is Missing, Maud repeatedly goes out wandering, despite being told not to – often to try to find her ‘missing’ friend – and smashes a cup in a restaurant in frustration. Mum’s insistence that people had broken in her house began to drive me to distraction. Our extremely kind GP came to her house and, together, we tried to talk to Mum about how her doors were locked at night and how on earth would anyone have broken in?

‘Mum, please believe me, no one has broken in. You didn’t actually have any silver and, look, here’s the handbag you said they took.’

‘They broke in. I saw their faces. Why won’t you believe me?’

I felt my emotions bubbling up and, to my shame, kicked her waste paper basket across her living room. Bits of paper flew everywhere. I couldn’t believe what I’d done. Mum was terrified and burst into tears, and I did too. Who hasn’t thought, ‘I’m a terrible parent’ after shouting at a child? There’s the, ‘I am a terrible daughter’ version too – someone who yells at an elderly lady who has a clearly frightening mental illness. I hurried home and dived on a bottle of sauvignon in the fridge.

I am loving reading Elizabeth is Missing because Helen’s frustrations come across clearly and are utterly understandable. I’d love to report that, in the four years since Mum’s diagnosis, I have been a model of calmness and understanding – but it wouldn’t be true.

Mum’s condition is now more advanced than Maud’s. She lives in a wonderful care home and I am no longer the daughter who visits daily with meals and reminders for her to stop buying litre bottles of Irn Bru or multiple purchases of toner from the Clinque counter in John Lewis. I no longer have to deal with the crashing waves of guilt that followed any losing of the plot on my part (e.g., the waste paper basket incident).

I am so glad I picked up Elizabeth is Missing as it reminds anyone with a loved one with dementia that we are not only daughters, sons or carers, but human beings too. Yes, sometimes we lose it and behave in ways that are perhaps not ideal. But we try, we do our best at that precise moment, and that’s all we can do. 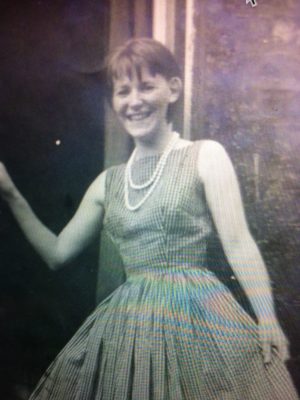 4 responses to “Elizabeth is Missing”