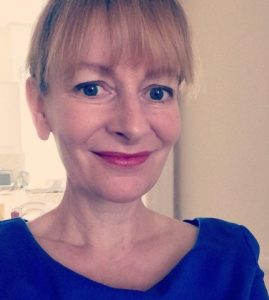 As a self-confessed magazine addict, Fiona started working on teen bible Jackie in Dundee at the age of 17. Originally from a West Yorkshire village called Goose Eye, she spent her twenties as a magazine journalist in London and moved to a crumbling old house in the South Lanarkshire countryside when her twin sons were toddlers.

When her boys left for university, Fiona felt a craving for city life again. With her husband Jimmy and their daughter Erin, she now lives in a flat in Glasgow. She loves to draw, paint, cook and run – usually with her collie cross, Jack (just the running part).

explore my other books >>