Will my friends join me for a year of drawing?

Resolutions! I make them every year and they’re always along the same lines – run more, be more organised with work/deadlines, drink less wine, treat my body well, all that stuff… and it’s starting to feel a bit joyless and monotonous. I mean, take my iron pills. Is that the best I can do?

So I’ve been thinking about what I’d really like to achieve in 2017 – and most of it is the usual obvious stuff: work productively without tumbling into blind panic. I have two books to write: the 2nd in my Ellen Berry series as soon as humanly possible (it IS started!) and my next standalone novel by the summer. I’ll still run and do yoga, as without those things I get a bit ratty and cabin feverish. So all that’s fine. But it doesn’t feel terrible new and different. So I thought.. what would I really like to do? And the one thing is DRAW EVERY DAY.

I just love it
It makes me notice ordinary things around me
It forces me to sit down and be still for a bit
I write all the time and drawing ISN’T writing (although it helps with writing!)
The only way to get better at something is to do it every day, right?
And I’d like to get MUCH better 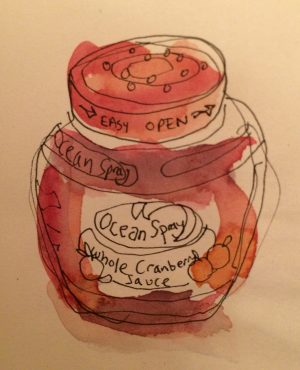 I pondered and pondered (I’m a terrible ponderer) about what a ‘draw every day’ project might entail, and how best to go about it.

What should I draw?
Should I use a big posh sketchbook or a smaller one for carrying around?
Should I share my stuff on Instagram and FB and, if so, how often to avoid friends getting sick of it?
What is the POINT of it?
What about all the other things I should be doing?
Should I have rules – ie, draw only from ‘real’ (ie, not imaginary and not from photos) or just do whatever?
What if I can’t keep it up?
What if it’s all crap?

I decided to just get on with it – no one’s going to complain or criticise and the only thing that matters really is doing it. Even if I don’t manage every single day, there’ll still be tons of drawings I wouldn’t have done otherwise.

Anyway, I will NOT FAIL!

Children are great at this sort of thing. Give them pens and paper and they’ll just make a picture and not care. They know there is no such thing as a bad drawing. I was like that as a kid, prolific and unselfconscious – all I really did was ride my bike, collect nerdy things like stamps, coins, fossils, gemstones and old bottles I’d dug up from the tip – and draw. At Christmas, nothing was more exciting than receiving a massive tin of coloured pencils, all razor-sharp and arranged in perfect rainbow order. And then I grew up and lost all confidence in drawing, painting, making things. Or maybe motivation. So many other things clamoured for attention – like the thrill of moving away from home and living in Dundee, then London, and working on magazines and having a family of my own. I got stuck into raising three children and writing novels, and forgot about how lovely it feels to just sit down and draw something.

Then a couple of years ago I was inspired by friends’ drawings on Facebook and tentatively shared a few things from a long-ago holiday sketchbook. Friends were amazingly kind about them which spurred me on. I started drawing again and it felt great. 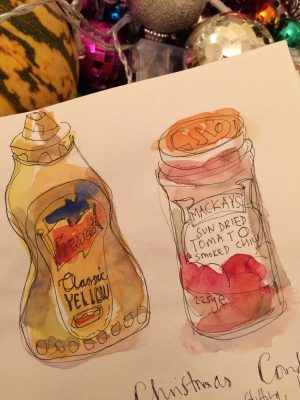 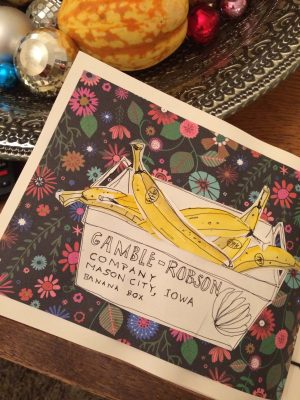 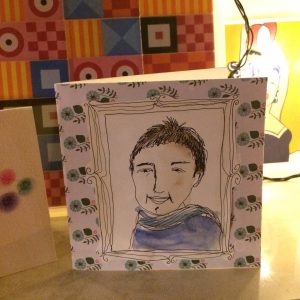 No rules. No worrying about the fanciness of the sketchbook or what the heck to draw – if there’s nothing but a banana sitting in front of us then let’s draw that. If there isn’t even a banana, then nip out and get some.